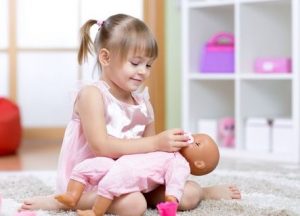 “Finally, a doll that looks more like me,” she said, as we strolled past the toy aisles in a giant store. “It’s about time!”

Indeed, doll makers are waking up to the reality that not every girl or woman is stick-thin with blonde hair, blue eyes, big boobs, long legs, and hardly any waist. In today’s world there’s such a thing as “empowerment feminism,” which is helping to transform the way people think about many things, including dolls.

For a long, long time, diversity wasn’t a buzzword in the doll world. The Barbie look of the 1960s was the main look. Obviously, times have changed, especially since the rise of feminism in the 1970s all the way up to today.

The beauty standards of past generations are changing, thankfully. Dolls are evolving to better reflect the diversity around us.

If you need help selecting the right doll for your needs, contact Gigi’s Dolls today.