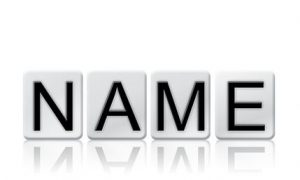 If you say the name “Barbie” in everyday conversation, there’s a good chance everyone will know exactly who and what you’re referring to: the iconic doll!

There are certain icons in this world, both real and fictional, who only need one name and everyone in a room automatically knows who that is: Cher, Madonna, Beyonce, Snoopy, Barbie, etc.

What is Barbie’s Full Name?

However, does Barbie have a middle and last name? She does. Her full name is Barbara Millicent ‘Barbie’ Roberts. For those of you who had no idea– and that’s probably most of you– it turns out that Random House published a series of books about Barbie’s life back in the 1960s, and that was when her full name was first revealed. Not only did people learn that, but they also found out her parents were George and Margaret. He was an engineer and she was a housewife. They lived in the fictional town of Willows, Wisconsin. Did you also know she had three siblings? Barbie’s sister was/is Skipper and then there were the twins, Tutti and Todd.

Okay, so now we know a little more about Barbie, but what about her boyfriend, Ken? His full name is Kenneth Carson. The pair reportedly met on the set of a TV commercial back in ‘61. Ken’s family consisted of his parents, Dr. Carl and Edna Carson, and a younger brother named Tommy.

The Barbie doll came into being back in 1959 thanks to businesswoman Ruth Handler. Inspired by a German doll known as Bild Lillias, Barbie has since sold more than a billion Barbie dolls worldwide. Mattel, the company responsible for selling Barbie to the world for many years now, has made a boatload of money thanks to their doll, her outfits, and, of course, her friends and accessories like the pink Corvette and Malibu dream house.

Barbie has become so well-known and loved that even real people want to look like her– oh, and Ken, too. Do a google search and you’re likely to see pictures of Rodrigo Alves, the “Human Ken Doll,” or Rachel Evans, Kerry Miles, or Valeria Lukyanova, who all had cosmetic surgery done in order to look like a real-life Barbie doll.

Want to see what Gigi’s Dolls has that’s Barbie-related? Use this link.