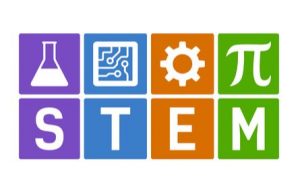 If you saw the big hit movie Black Panther, you noticed that King T’Challa’s 16-year-old sister Shuri was presented as a confident, smart scientist. She’s just one character in today’s pop culture society that happens to be female and interested in science. There’s the female characters on The Big Bang Theory, one of whom is a neuroscientist. And now there’s Barbie, the doll, taking up robotic engineering. Yes, you read that right. Barbie is into STEM: science, technology, engineering and mathematics.

We’ve come a long way in society when women used to be moms, nurses, secretaries or teachers– those were the four main options for decades it seems. But now, in 2018, the iconic Barbie is dressed in a ponytail and sneakers, complete with her own robot. She can “code like a boss.” And she’ll inspire the next wave of young women to grow up and pursue STEM careers. At least that’s the hope.

According to the U.S. Department of Commerce, about 24% of jobs in STEM are held by women. The Barbie line, since 2010 or so, has sought to get young girls thinking about imagining themselves in roles such as scientist, game developer, and now, in 2018, robotics engineer. To make their Barbie dolls look the part, Mattel (the company who makes Barbie) worked with female engineers from the Massachusetts Institute of Technology (MIT) to make sure the doll they made looked authentic. Furthermore, Mattel utilized multimedia technology to make it so a young girl can play with her robotic engineer Barbie in such a way where she’s able to go online, apply skills and learn– fostering an interest in STEM stuff beyond just playing with the doll. There are actually six free coding courses available via Tynker, which girls have access to when they buy and use their robotic engineer Barbie.

We live in a digital world these days. Barbie has adapted to this ever-changing world; she’ll help introduce millions of kids to coding– imagine that!