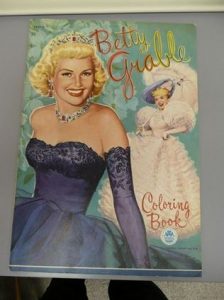 You’ve probably heard of the term “paper dolls,” especially if you have young girls in your family or you, yourself, were ever a young girl. For almost two hundred years, paper dolls have been inexpensive, popular children’s toys aimed primarily at little girls who enjoy playing with them and dressing them.

What are paper dolls?

Paper dolls are made out of figures cut out of paper or thin card. Then they have clothing, which is separate from the actual doll– and this clothing is “put on” the doll using paper folding tabs. As a two-dimensional doll, they’re most likely to look like human figures, though sometimes they can be in the form of animals or objects.

The backstory of paper dolls

Ever since paper existed, people have been creating their own version of paper dolls, but without the folded tab clothing aspect added on… that came about in the 18th century. Modern day paper dolls took their form in France in the 1700s, made of jointed paper. Called “pantins,” these dolls were in human form and had fashionable paper clothing. If you were to go to certain museums, you might see these ancient, hand-painted paper dolls, as there are still some in existence.

When was the first manufactured paper doll made? That would be in 1810, in London. The doll was known as “Little Fanny.” Then, two years later, the first American doll followed, known as “Little Henry.” Paper dolls had their heyday in the USA during the late 1920s and 1950s, when Milton Bradley, the toy company, started producing and marketing them. Little girls often received paper dolls as Christmas or birthday presents.

If you were to look for older paper dolls from the early 20th century, you’d likely find ones modeled after famous female movie stars of the day, including Claudette Colbert, Mary Martin and Judy Garland. These old paper dolls can be worth a lot of money, and, as you’d imagine, they’re quite popular with collectors. Some fetch upwards of $500.